On December 15, CCF decided to award Vicki Hanson, ACM CEO, with CCF Honorary Membership for her great contributions to collaborations between the ACM and CCF. 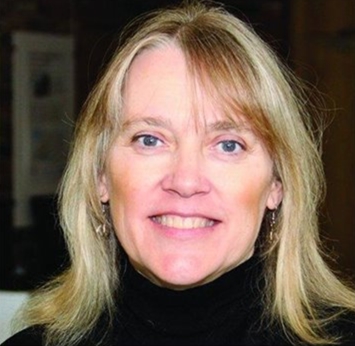 The CCF Honorary Membership, established in 2016, is awarded to those people who are not CCF members but made great contributions to CCF, or to collaborations between the CCF and other organizations. Before this year, there were total five people received this honorary, including two are Chinese, three are from sister societies (one from IEEE CS, and two from IPSJ).

The collaboration between CCF and ACM began in 2010. During the past ten years of cooperation, especially when Vicki Hanson assuming the ACM President and now CEO, she made great efforts to strengthen the relationship between the ACM and CCF. Besides regular meetings and visits, ACM and CCF have delegates to attend each other's board meetings.and more support in varieties: ACM usually recommends a Turing Award winner to speak at CNCC every year; ACM supports translation and publication of ACM articles in CCCF; and, CCF assists to develop ACM members in China and releases ACM news on CCF web platform. In 2020, the relationship between the ACM and CCF has reached to best conditions, as to made success on establishing a joint award -- CCF-ACM Award for Artificial Intelligent, to recognize those was resident in China and made contribution in theory, technology or applications of Artificial Intelligence. The first CCF-ACM Award for AI is presented in 2020.

Dr. Vicki Hanson is the CEO of ACM. She has been working on issues of inclusion for older adults and disabled people throughout her career, including first as a Postdoctoral Fellow at the Salk Institute for Biological Studies, and later at the IBM Research Division in 1986 and then as a Professor at the University of Dundee in Scotland and the Rochester Institute of Technology in New York. Her research interests include human-computer interaction, accessibility, computer education, aging technology, and applications addressing needs of diverse populations, with emphasis on language, cognition, and healthcare. Dr. Vicki Hanson became ACM Fellow in 2004, and was honored with Royal Society Wolfson Research Merit Award and CITP Fellow in 2009. In 2020, she was elected to the National Academy of Engineering.