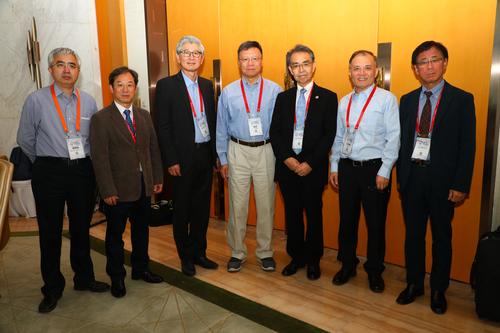 The China-Japan-Korea (CJK) meeting was initiated by CCF in 2015 and held three times a year. It aims to strengthen the cooperation in the field of computing and jointly promote the development of computing science and technology in the three countries.

During CNCC 2019, CJK three parties successfully held the 2nd joint forum on "Intelligent Robot" and received high praise. They believe that such a joint forum should be held to enhance communications and interactions among computing professionals in three countries.

The three parties also discussed further about the Catalog of Conferences and Periodicals Recommended, and collaboration in organizing the conferences. Both IPSJ and KIISE invited CCF to attend their annual meetings in 2020.