On November 28, 2020, the CCF Dongguan Chapter Founding Conference was officially held in the Rongyi Building, Dongguan, Guangdong Province. To strengthen the support for computer professionals in Dongguan for their academic and professional development, Dongguan Institute of Technology and Sino-US Rongyi Incubator, jointly initiated the establishment of CCF Dongguan Chapter combined with local universities, societies and enterprises in Dongguan. 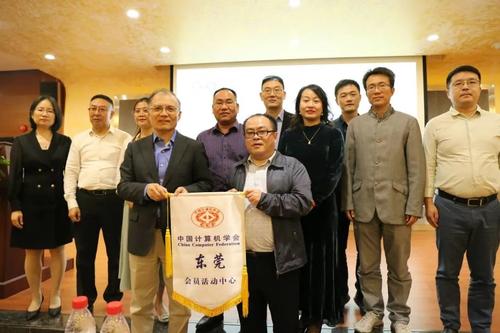 At the beginning, Zang Genlin presided over the meeting and introduced the preparation work of CCF Dongguan Chapter in the past six months. Since CCF setup preparatory team on July 21, 2020, by November 2020, there has gathered more than 200 members in the CCF Dongguan chapter. 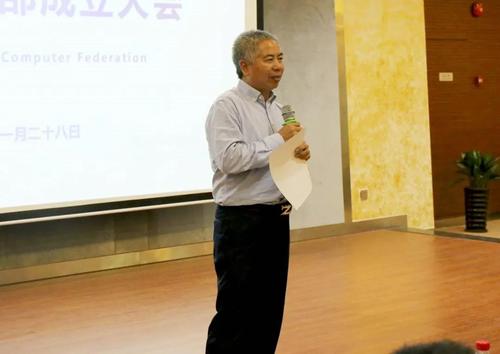 Du Zide, CCF CEO, expressed congratulations to CCF Dongguan Chapter. He said that with the rapid development of the Internet of things and 5G technology, as well as the breakthrough success of Dongguan's transformation and upgrading, it is mature and sufficient for the born of CCF Dongguan Chapter. CCF has the responsibility and obligation to promote to build a good academic and industrial ecology in Dongguan. He emphasized that CCF Dongguan Chapter should design featured events based on local demand, develop its own characteristics, and provide services targeted CCF members in Dongguan. 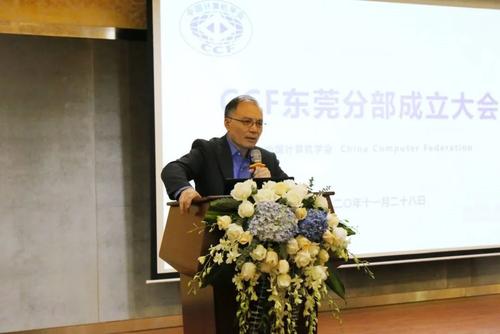 At the meeting, Yuan Huaqiang, Dean, Computer School of Dongguan Institute of Technology, was appointed as the first chair of CCF Dongguan Chapter. Then, Yuan Huaqiang presided over the election session. By open margin election, the vice chair, secretary general, chair and members of executive committee and supervision committee were elected. 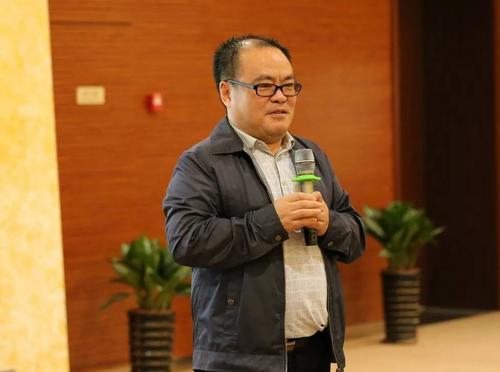