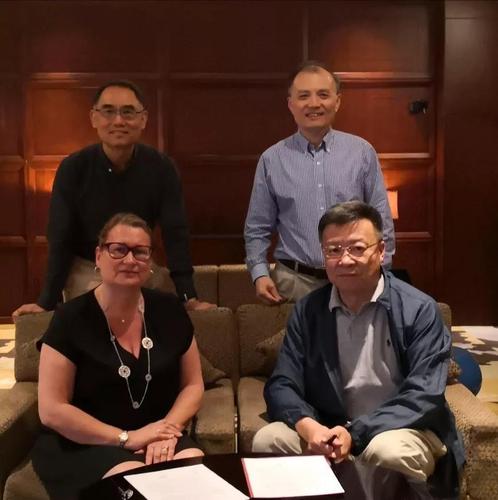 CCF and AAAI agree that both societies are influential in the field of artificial intelligence; the two societies wish to seek ways to strengthen the affiliation between two societies, thereby advancing and supporting the mutual goals of the members of both. There is also a consensus between two societies that their members should play a more integral role in the activities of the other organization.

Refer to MOU, CCF and AAAI will promote the other society in its magazine or website, actively seek to publish articles from other society, and recommend speakers to each other for their respective conferences if needed.

CCF will advertise AAAI membership to its members on website, while AAAI will provide a discounted membership rate to CCF members, which would be recognized as full members of AAAI at this discounted rate with all benefits of AAAI membership, including the online AI magazine, discounts at AAAI conferences, voting and recognition through AAAI’s various honors and awards.

The two societies will explore periodic meetings to develop new collaborations. Further details will be arranged, as necessary, through executives of both.

As a leading society on computing in China, CCF commits to serve the professionals on academic and career development, and advance the technology and application on computing as well. With its increasing influence, the communications and collaborations with international academic institutions become much closer. Prior to this, CCF has successful partnership with American Computer Society (ACM) and the Computer Society of the American Association of Electronic and Electrical Engineers (IEEE CS) for many years, and established regular academic communications with the Japanese Institute of Information Processing (IPSJ) and the Korean Institute of Information Scientists and Engineers (KIISE). The MOU with AAAI will expand and provide a broad stage for CCF and its members on international communication.

AAAI is a worldwide AI organization, as well as the organizer of AAAI, leading AI conference. The MOU signed, CCF and AAAI believe that in the future, both sides will work together to explore more international collaboration and achieve win-win development.